With a beer as delicious as Blue Moon, it’s simple to consistently order the same brew or buy the same six-pack at the supermarket. But what if a fan of Blue Moon wants to give something a little different a shot?

Looking for a delicious, smooth beer to enjoy? Check out our list of 10 beers like Blue Moon! These brews are perfect for those who love the  Blue Moon Taste but want to explore new options. From wheat beers to pale ales, there is something for everyone on this list. So grab a cold one and get ready to drink!

Here are the best witbiers to try if you like Blue Moon:

A Blue Moon Is What Kind Of Beer?

A zesty citrus flavour is added to Blue Moon, a wheat beer made in the Belgian style (also known as witbier), with the addition of coriander and Valencia orange. Ales brewed using wheat or barley are known as witbiers.

Due to suspended yeast and wheat proteins, this type of beer, which is most frequently made in Belgium and the Netherlands, appears hazy.

The fact that Blue Moon is brewed in the united states and Canada rather than Belgium is the reason it is referred to as being “Belgian-style.” It has a 5.4% ABV and is sold in bottles, cans, and kegs.

Belly slide Belgian White was the original name of the beer when it was first introduced in 1995 at the Sandlot Brewery near Coors Field in Denver. According to legend, the name change was motivated by a delighted customer’s remark that “beer this excellent only comes around once in a blue moon.”

The signature brew of Portland, Maine’s Allagash Brewing Company is called Allagash White. Red wheat, coriander, oats, and Curacao orange peel are used in the brewing process. It has a pleasing spiciness, juicy orange flavour, and is snappy. 5.2% ABV Allagash White has a robust body and a rich, refreshing flavour.

The Bell’s Oberon American Wheat Ale from Kalamazoo, Michigan, is the company’s best-known product. Bright White, a light, pleasant beer prepared with a combination of barley and wheat malts, is brewed to contrast with the heavy, dark beers of winter. It has a mild floral flavour and a taste of spices, notably clove and orange marmalade. ABV: 5%.

The Weeping Willow wit is described as “sunny and refreshing” and features notes of coriander, orange peel, and an unidentified spice. It has a 5% ABV and is offered year-round in cans, bottles, and on draft.

They provide a tasty, lighter version of their famous beer if you’re not yet ready to leave the comfort zone of Blue Moon. The Light Sky has 95 calories and is made with tangerines rather than oranges. Additionally, it has a lower ABV of only 4.0%.

The tastes of yeasty bread, coriander, and dried orange peel can be found in Unibroue’s Blanche de Chambly, a year-round witbier from Quebec. It looks a little bit darker than Blue Moon and has a medium body with 5% ABV. It has received many awards on a global scale.

Orange, lemon, and lime peels are used in the brewing process to produce a witbier that is a little darker and heavier than Blue Moon but still delicious and zesty. It comes in cans, bottles, and kegs and has an ABV of 5.2%. 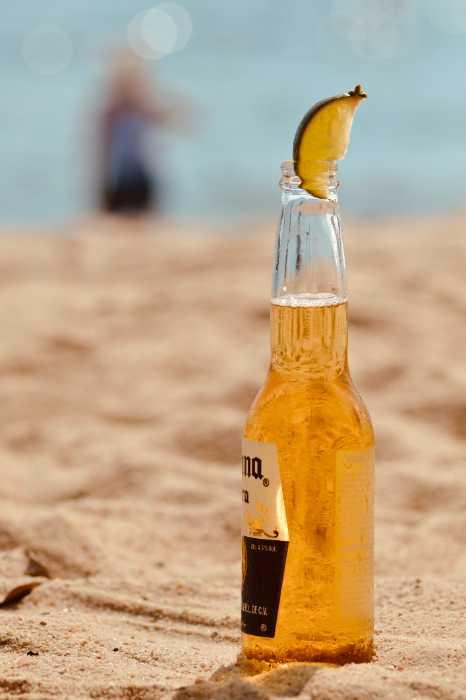 The Fat Tire Belgian White was brewed by New Belgium using white wheat and oats to be a crisp, traditional rendition of a Belgian white. Orange and lemon flavours, a light spiciness, and a bready flavour make it a simple beverage to enjoy. Its alcohol by volume (ABV) is 5.2%, which is somewhat less than Blue Moon’s (but only just!).

Ommegang has established a specialized market for itself by focusing on 5% ABV Belgian-style beers. Although a little cloudy, their Witte is still crisp and energizing.

This beer has distribution in 47 states, making it more readily accessible in bottle shops and even in grocers with craft beer departments, including Whole Foods.

Goose Island 312 has a stronger lemon flavour than typical wheat beers, which tend to lean more toward orange citrus tastes.

An excellent way to sample a beer without committing to a full six-pack is to order the Goose Island 312 that is frequently found on restaurant menus.

The standard by which all other Belgian white beers should be judged, St. Bernardus Wit is a real classic. 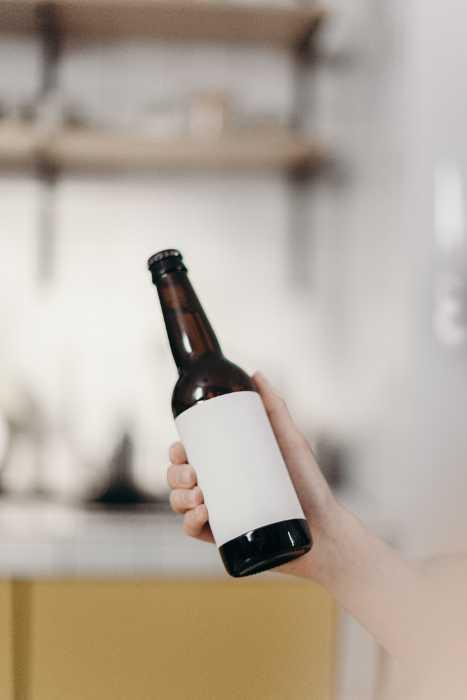 There are a variety of beers that offer similar taste profiles to Blue Moon. Whether you’re looking for something a little sweeter or something with a little more bite, there’s bound to be a beer on this list that suits your taste. So, the next time you find yourself in the mood for a Blue Moon, be sure to give one of these delicious alternatives a try!

What Are The Ingredients In Blue Moon?

The ingredients in Blue Moon include barley malt, water, wheat, hops,  yeast, and natural flavourings (including orange peel and coriander).

How Should I Pour Blue Moon?

For the best taste, it is recommended that you pour Blue Moon into a glass, leaving about an inch of space at the top of the glass. You can then garnish the beer with an orange slice if desired.

Blue Moon pairs well with a variety of food, including chicken, fish, burgers, and pizza. The beer’s citrusy flavour also makes it a refreshing choice for summertime drinking.